Home > Plant Care > How to Garden > How to Prune Your Hydrangeas

This week, in Cincinnati Gardening Made Simple, we answer, “How to Prune Your Hydrangeas?” 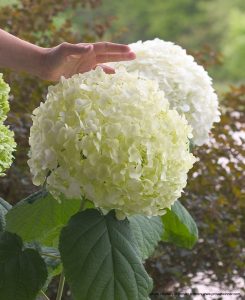 The good news, they typically do not require regular pruning. Most hydrangea will require nothing more than deadheading and dead wooding as needed by the plant.

Make sure to choose a hydrangea that fits the space with their natural growing size. But once you have chosen your plant, pruning will depend on the needs of that particular variety.

Pruning hydrangeas for flower production can be a series of trials and errors. If you’re unsure, follow the basics by removing the spent flowers only as needed and prune any dead wood in the spring.

Have question?  Ask the Hydrangea Experts!

Looking for a new plant? Take a look at the Plant Library!